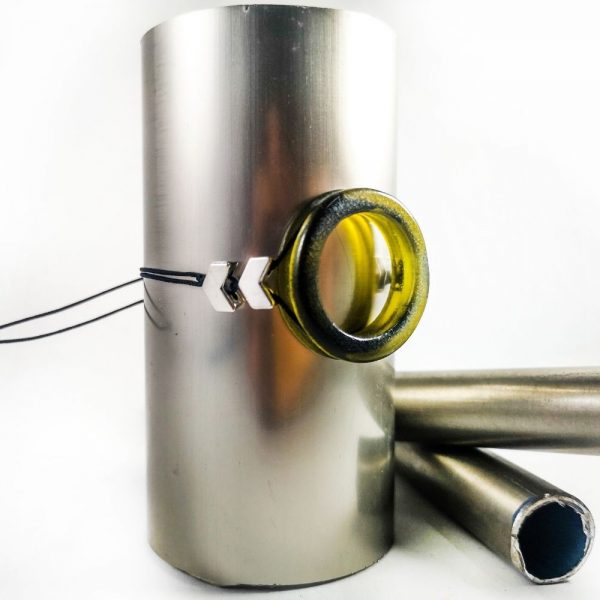 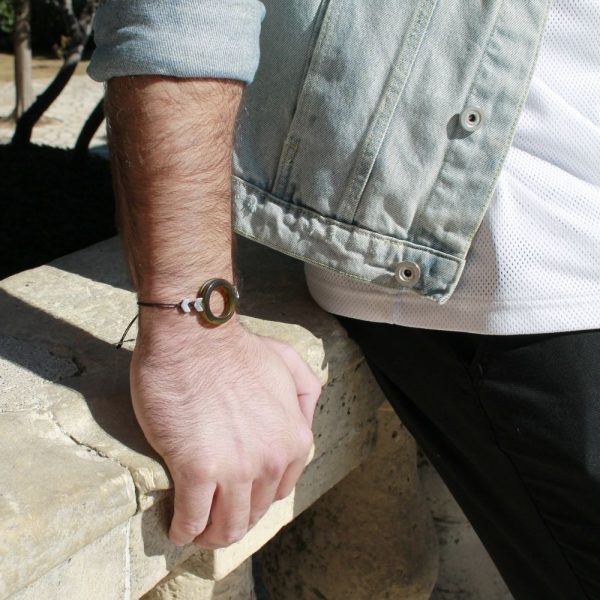 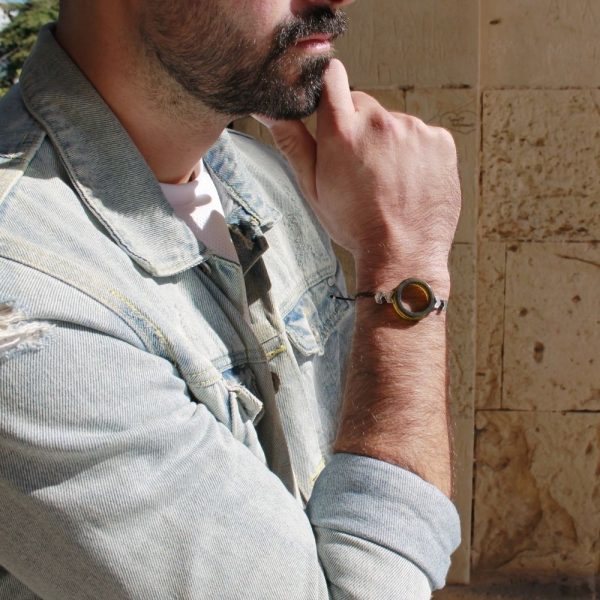 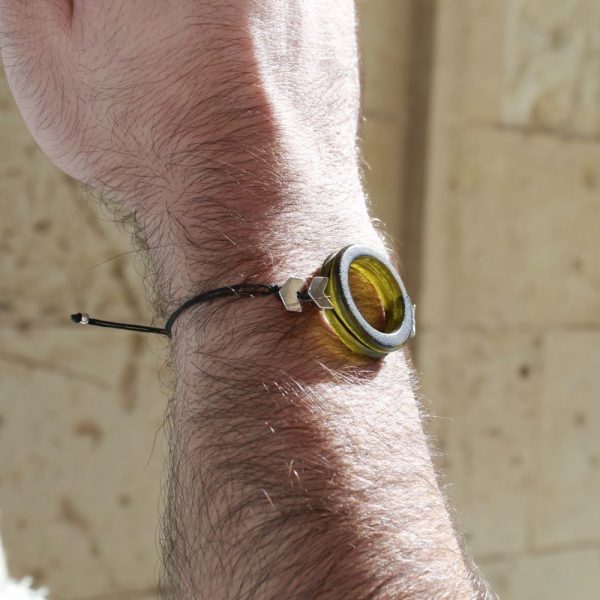 Men’s bracelet with glass element the bottle nozzle of a wine bottle combined with a black thin cord. Adjustable macrame for all wrist sizes.

Mens leather bracelet ‘Helios’ named after the god and personification of the sun in ancient Greek religion and mythology. In ancient art he often appeared as a young man with a sun crown. Due to his status as the Sun that sees everything, he was also a god of vows.

‘Helios’ appears in many works of Greek mythology, poetry and literature, where he is presented as the son of Hyperion and the Euryphaessa, brother of the Moon (goddess of the moon) and Eus (goddess of dawn). 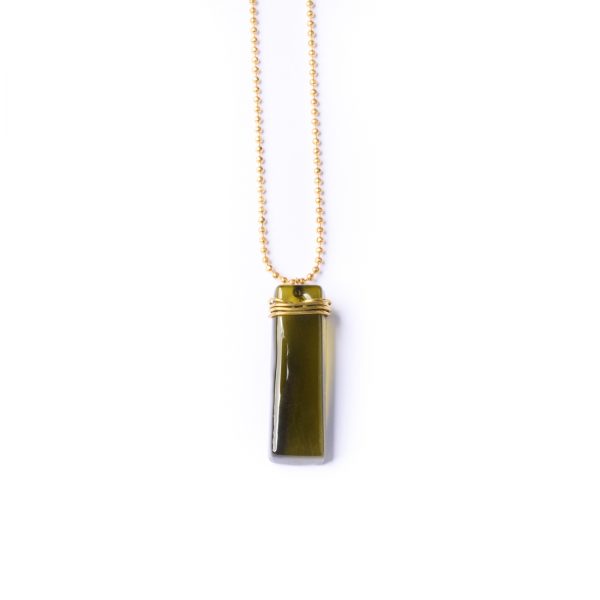 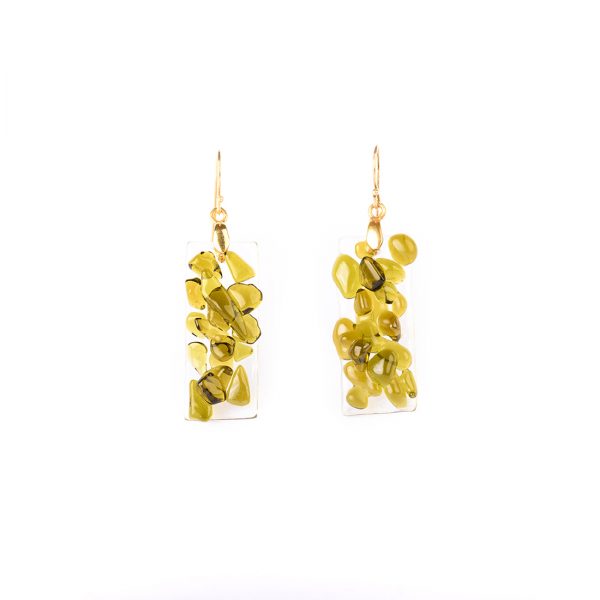 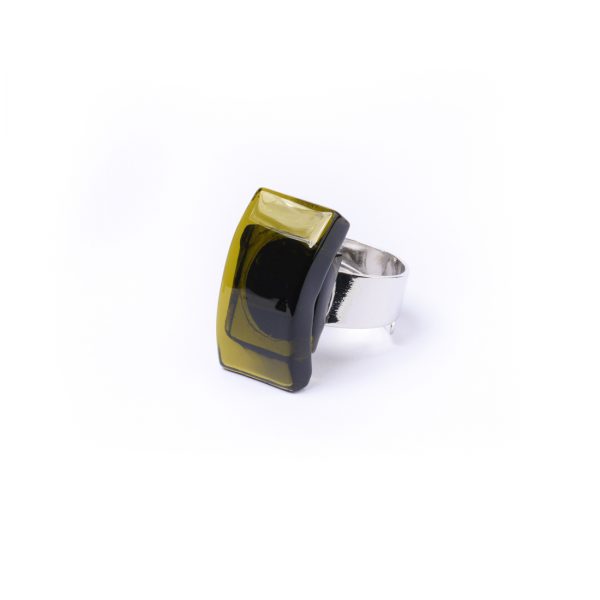 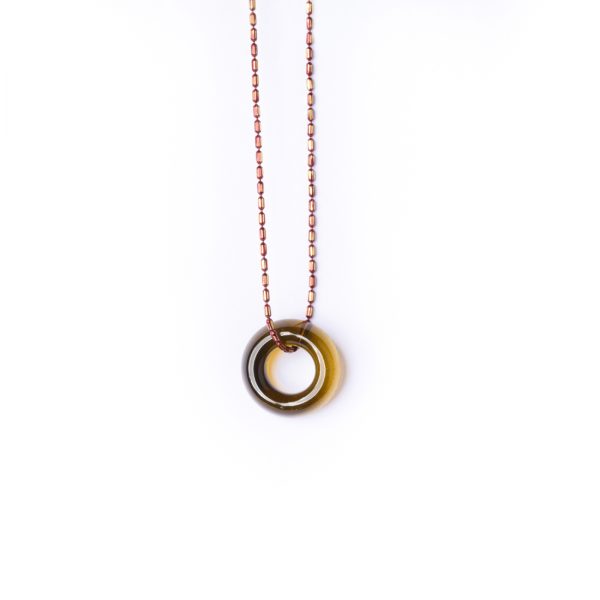 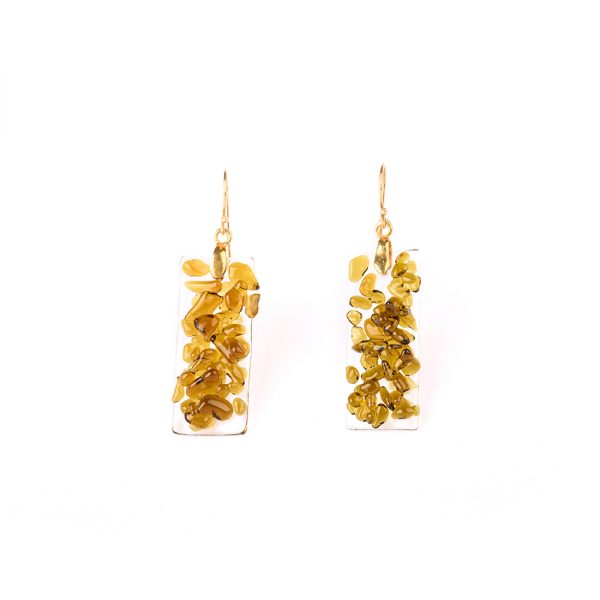 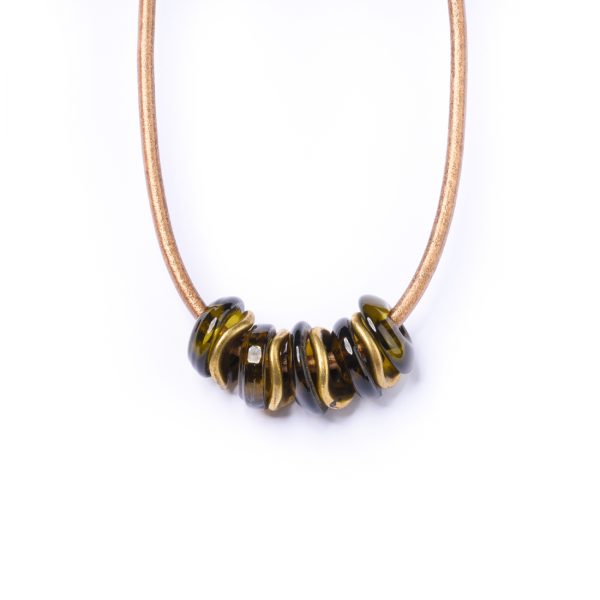 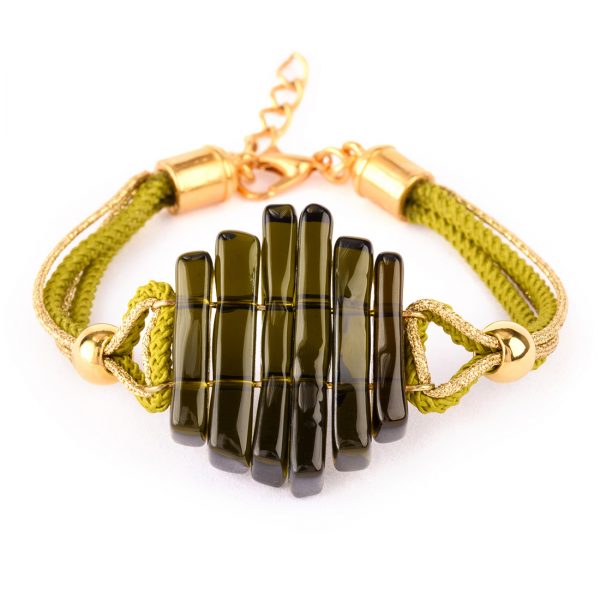