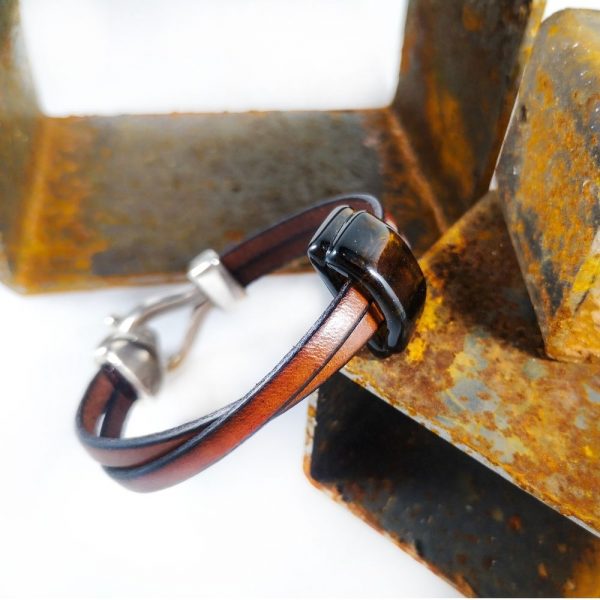 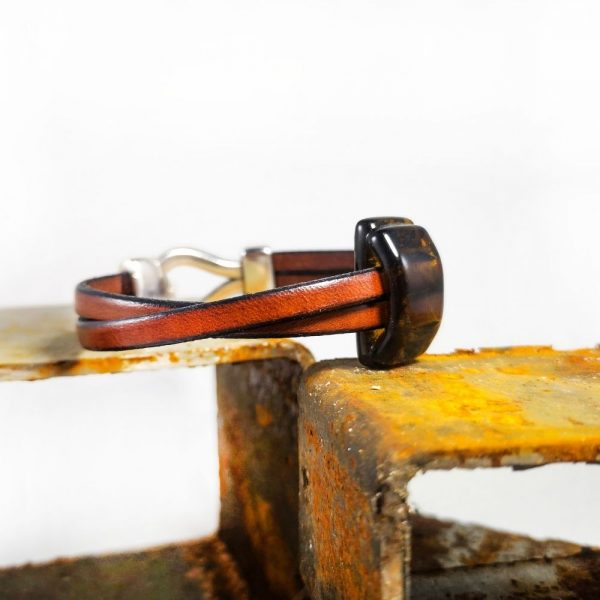 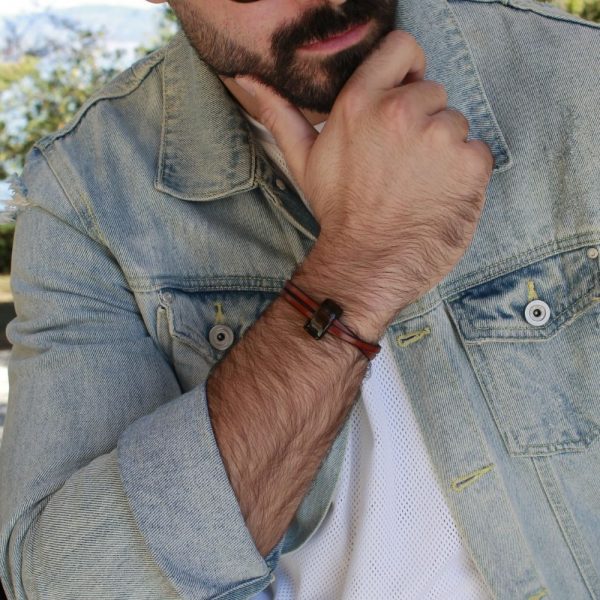 Two strips of genuine brown leather with a glass element from a brown beer bottle.

The metallic elements are silver-plated, hypoallergenic and nickel free. 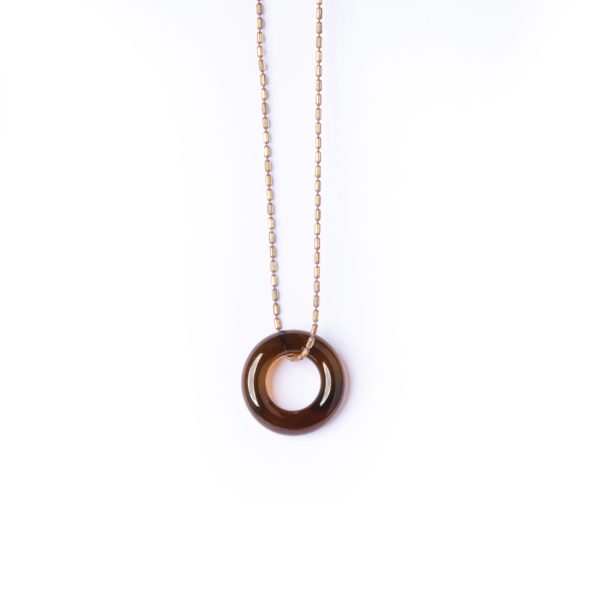 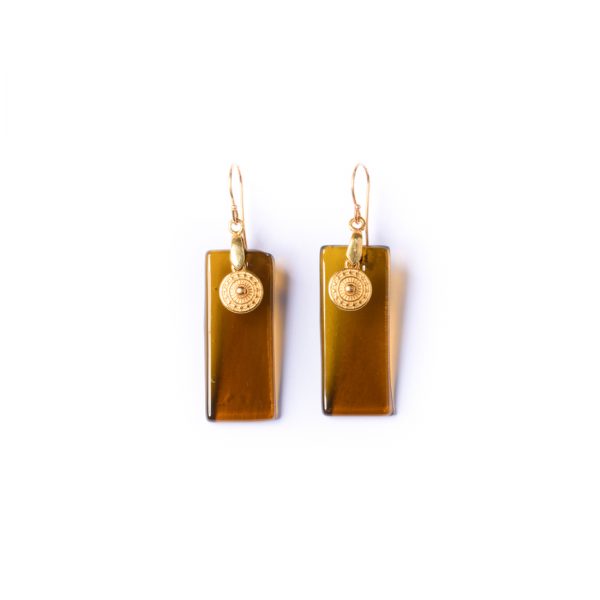 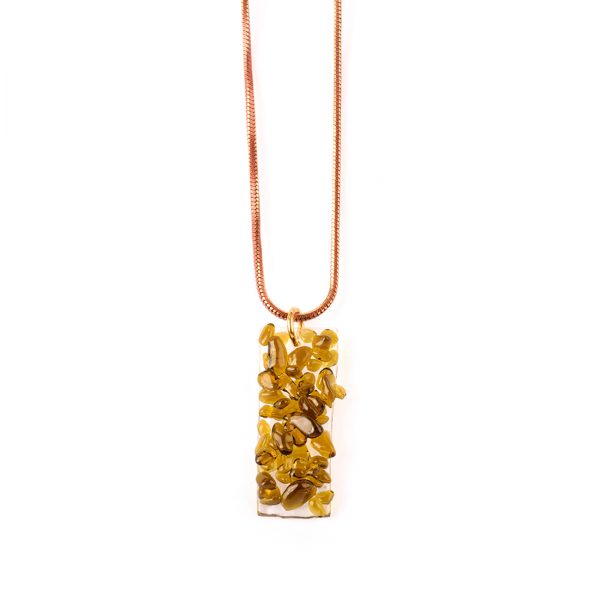 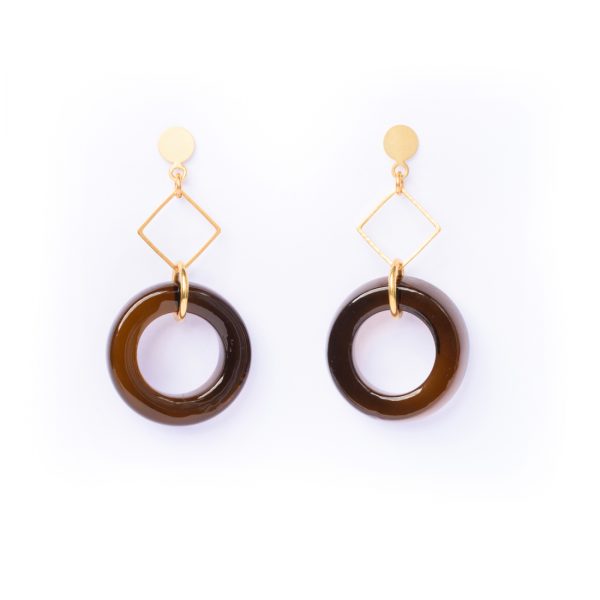 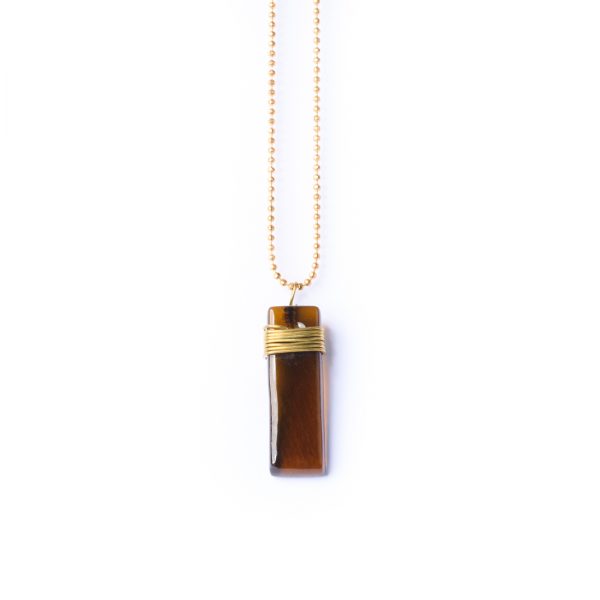 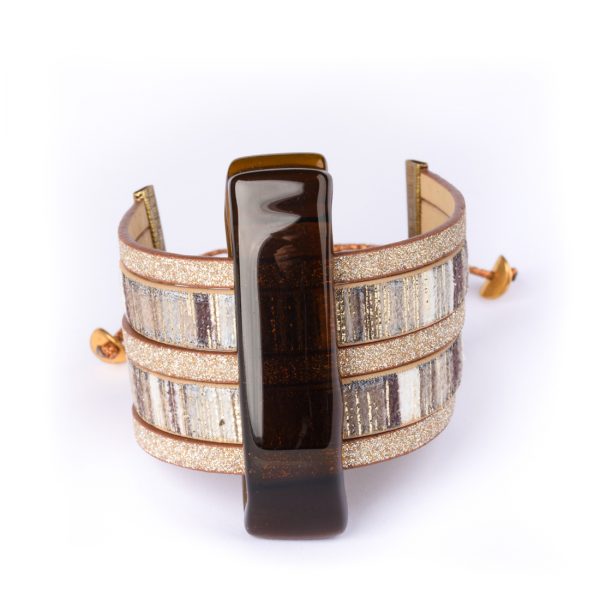 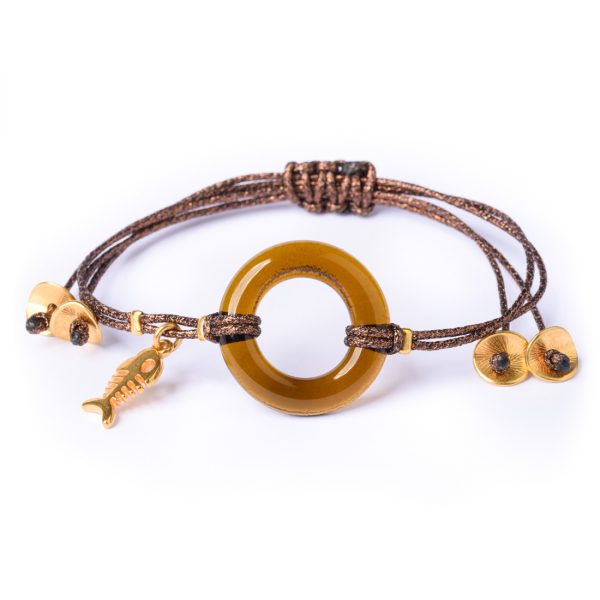